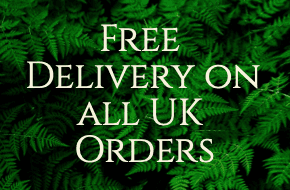 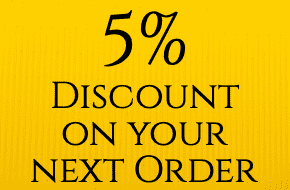 Alfalfa, also known as lucerne or sweet lucerne, is a green superfood rich in vitamins, minerals and chlorophyll. It is a perennial plant of the pea family, with soft green compound leaves and purple-blue flowers.

Alfalfa grows in non-acid soils preferring dry fields or sandy wastes. It reaches a height of one to two feet and has bluish flowers from June through to August. Despite its small size Alfalfa boasts a massive root system that travels up to 250 feet (77m) down into the earth to obtain its abundant nutrients. Some studies have shown that the total length of the roots of a single plant would add up to almost 3,000 miles. It’s name means “Father of all foods” in Arabic.

What does Alfalfa contain?

What is Alfalfa used for?

Alfalfa is commonly cultivated around the world for use as an animal feedstock. In fact it is thought that Alfalfa is the oldest known plant used for livestock feed, with records of its use in the Middle East as early as 1,000 BC. The ancient Arabs not only ate this amazing plant themselves but also fed it to their horses, claiming that it made their horses faster and stronger. They became so convinced of its health benefits that they named it "Alfalfa", which in Arabic means "Father of All Foods”. It is also known as "The Father of Herbs", such is its standing with natural health practitioners.

How much Alfalfa should I take?

Gradually work up to a serving of 3g a day, about a heaped teaspoon. Our 125g snap secure tub is an ample month’s supply. Alfalfa is often mixed with other superfoods as the powder is coarser.

Are there any precautions for Alfalfa?

As with any of the concentrated green superfood supplements, it is best to start with a low dose and build up gradually.

Although generally recognised as a safe health supplement, some researchers have raised specific health concerns relating to the excessive consumption of Alfalfa. Studies have noted a link between excessive consumption of Alfalfa and aggravation of existing or dormant Systemic Lupus Erythematosus (SLE), a disease affecting connective tissues. The suspected cause is the amino acid L-canavanine.

It is not possible to know who is predisposed to SLE and therefore only moderate amounts of Alfalfa should be used. It is especially important to adhere to this if you suffer from another autoimmune condition. Provided you gradually introduce Alfalfa to your diet, the suggested intake on the supplement bottle should be safe for most people.

Where can I read more about Alfalfa?

Alfalfa is an accepted ingredient for livestock feed. It is grown all over the world as a fodder crop for cattle and horses. Yahoo lists over 78,000 hits on a narrow search on “alfalfa animal feed”. A full search returns 572,000! Since Alfalfa has proven a nutritious and beneficial food crop for larger animals, it must be worth considering as a nutritious addition to pet food too.

As the Pet Food Institute says “ a proper diet is vital to your pet’s happy healthy life” and alfalfa can help bring additional nourishment to what is often lacking in processed commercial pet food.